Donald J. Boudreaux is co-director of the Program on the American Economy and Globalization at the Mercatus Center. Ronald A. Cass is Dean Emeritus of Boston University School of Law, President of Cass & Associates, and former Vice-Chairman and Commissioner of the U.S. International Trade Commission. Jeffrey Church is a Professor in the Department of Economics at the University of Calgary and a Director at the Berkeley Research Group. Bowman Heiden is Executive Director at The Tusher Center at the University of California-Berkeley and Co-Director of the Center for Intellectual Property. Barry C. Harris was Principal and Chairman (ret.) of Economists Incorporated and is a former Deputy Assistant Attorney General for Economics at the Antitrust Division of the United States Department of Justice. 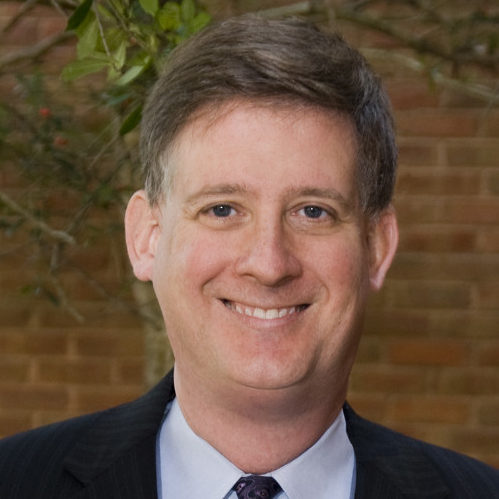 Kristen Osenga is Austin E. Owen Research Scholar & Professor of Law at the University of Richmond School of Law. The Hon. Randall R. Rader is former Chief Judge (ret.) of the United States Court of Appeals for the Federal Circuit.

Amici curiae are seventeen law professors, economists, and former government officials with expertise in antitrust, patent law, and law and economics. Their work has appeared in the American Economic Review, the Journal of Law and Economics, the Yale Law Journal, and the Harvard Law Review, among others, and collectively has been cited more than 16,000 times. As scholars and former public servants, they have an interest in promoting the coherence and development of legal doctrines consonant with sound economic principles and in ensuring that both consumers and the general public benefit from new inventions and technologies. They have no stake in any party nor in the outcome of this proceeding. Amici write to serve the Commission and the public interest by elaborating the legal and economic principles that frame this dispute. The amici and their affiliations are listed in the Appendix.

This case presents a complex set of transactions whereby Illumina, Inc. (“Illumina”) created GRAIL, Inc. (“GRAIL”), spun it off while retaining a minority interest, and now has reacquired it. Complaint Counsel seeks to unwind this recent reacquisition. But as Chief Administrative Law Judge D. Michael Chappell’s Initial Decision (“ID”) recognized, vertical mergers are structurally distinct from horizontal mergers. Horizontal mergers carry inherent risks of anti-competitive effect; vertical mergers, by contrast, often offer procompetitive benefits. (See ID 169.) Unwinding this transaction would set a dangerous precedent by deterring innovative companies like Illumina from developing and commercializing new products or, at a minimum, restricting consumers’ access to those products. Antitrust enforcers should be held to a higher burden before risking such market disruptions.

An overbroad presumption against vertical mergers—of the type Complaint Counsel advocates here—is particularly inappropriate in the complicated institutional landscape of biopharmaceutical markets, especially those still in their infancy. Here, for example, it is difficult to predict how the market for Multi-Cancer Early Detection Tests (“MCEDs”) will operate, particularly when true alternatives to GRAIL’s products from other producers are still years away. (See ID 143.) Given the singular importance of capital investment in developing, testing, and commercializing MCEDs, the risks to consumers of blocking such investment are particularly high. Accordingly, courts have refused to enjoin vertical mergers without compelling, concrete evidence that a vertical merger is likely to harm competition to a substantial degree. See, e.g., United States v. AT&T, Inc., 916 F.3d 1029, 1032 (D.C. Cir. 2019). Scholars and courts alike have recognized that the efficiency gains from vertical mergers make it impossible to treat this class of transactions as presumptively anticompetitive. As Judge Chappell acknowledged, challenges to vertical mergers require a more fact-intensive inquiry. (ID 168-69.)

Nor should a company’s self-imposed restraints, such as Illumina’s Open Offer, be discounted in the way that Complaint Counsel advocates. (See Complaint Counsel Br. (“CC Br.”) 35.) The Open Offer is a market fact, not a legal remedy, and implicates Complaint Counsel’s prima facie case. Market participants should be encouraged to structure their operations ex ante to avoid potential anticompetitive effects. When markets are new and incentives are speculative, the Commission should not presume that a company in a vertical merger would breach its contractual obligations, especially when there are clear performance metrics that are easily monitored and enforced by the relevant parties.

The potential costs of preventing vertical mergers are high, as experience in emerging-technology markets amply demonstrates. Given the ultimate benefits to consumers, the Commission should be wary about importing the strong presumptions from horizontal-merger law and upsetting a model of spin-off and reacquisition that offers significant procompetitive benefits to consumers.