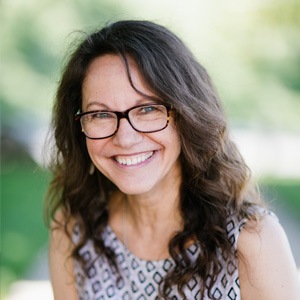 Stephen Haber is A.A. and Jeanne Welch Milligan Professor in the School of Humanities and Sciences and Peter and Helen Bing Senior Fellow of the Hoover Institution at Stanford University. Steven Semeraro is the Associate Dean of Academic Affairs and a professor of law at Thomas Jefferson School of Law in San Diego, CA 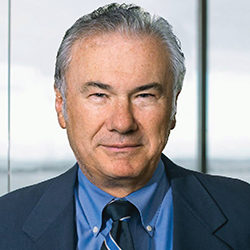 While the three-step burden-shifting framework for evaluating antitrust cases under the rule of reason is conceptually well-accepted and understood, case law remains unclear regarding what suffices to satisfy each party’s burden at each of the three stages. This case offers the Court an opportunity both to clarify what constitutes harm to competition and to explain the nature of the shifting burdens in rule of reason analysis.

In their merits briefing, rather than offer tools for providing structure to the rule of reason, Petitioners urge the Court to adopt an amorphous standard that would permit plaintiffs to satisfy their burden without evidence of durable market power— and even without direct proof of anticompetitive effects as the term is traditionally and properly understood in Section 1 jurisprudence. Acquiescing to Petitioners’ vague conception of a plaintiff’s prima facie burden would untether antitrust law from rigorous economic analysis and harm consumers by increasing significantly the risk of error in lower courts. This would leave litigants with little to no certainty regarding what evidence they should introduce, let alone what evidence a court would find persuasive in any given case, and no clarity as to what businesses can and cannot do.

Without an approach to establishing plaintiff’s burden disciplined by economic analysis and proof, the balance of false positive (Type I) and false negative (Type II) errors—which is critical to proper adjudication of the antitrust laws—would be thrown off keel. The fundamental goal of antitrust law is to foster consumer welfare by enhancing or increasing output in a relevant market. Output is the touchstone of antitrust analysis because a dominant firm’s ability to constrain market-wide output is what allows it to anticompetitively raise prices and harm consumers. Petitioners’ approach, however, would flip this analysis on its head and allow price effects to dictate results, thereby permitting courts to ignore output effects—the sine qua non of antitrust analysis—in ascertaining whether a plaintiff satisfied its prima facie burden.

Such a result is contrary to this Court’s precedent and particularly problematic here. This Court has recognized that vertical restraints might “[increase prices] in the course of promoting procompetitive effects.” Leegin Creative Leather Prods., Inc. v. PSKS, Inc., 551 U.S. 877, 895-96 (2007) (citing Bus. Elecs. Corp. v. Sharp Elecs. Corp., 485 U.S. 717, 728 (1988)). And modern economics provides no basis for assuming that a demonstration of price effects on only one side of a two-sided market accurately represents the market-wide effects of a course of conduct. Rather, economics predicts that market-wide welfare might increase, decrease, or remain neutral given price effects on a single side. Only an analysis of the market as a whole can illuminate the true competitive implications.

This brief explains amici’s understanding of the relevant economic analysis. It explains why basic economic principles underlying the analysis of multi-sided markets lead to the conclusion that a plaintiff should be required to demonstrate, at a minimum, that: (1) the allegedly unlawful restraint caused anticompetitive effects in the form of actual or probable restricted output market-wide—a showing that logically requires analyzing both sides of a two-sided market; and (2) the defendant had sufficient market power to restrict output in a properly defined market. These two requirements align with sound economics and would also provide clear guidance for courts in applying the rule of reason.