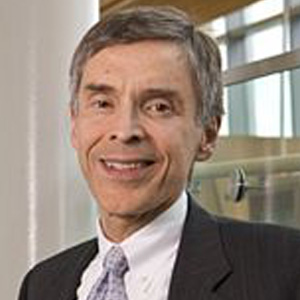 R.J. Lehmann is Editor-in-Chief and Senior Fellow at ICLE. Ashbel Smith Professor of Economics
University of Texas at Dallas WASHINGTON (Feb. 8, 2022)— New guidance proposed by three federal agencies regarding remedies for infringement of standard-essential patents (SEPs) could harm innovation by significantly tilting the balance of power in SEP-reliant industries toward implementers and away from inventors, according to comments filed by 19 leading law & economics scholars, including a Nobel Prize-winning economist.

The scholars, convened by the International Center for Law & Economics (ICLE), offered their response to a draft policy statement published in December 2021 by the U.S. Patent & Trademark Office (USPTO), the National Institute of Standards and Technology (NIST), and the U.S. Department of Justice, Antitrust Division (DOJ). If adopted, the draft would effectively repudiate guidance the agencies published in 2019.

SEPs are patents that protect innovations considered essential to an industry’s core standards. The law & economics scholars note, however, that the proposed draft expresses skepticism of injunctive remedies as useful to promote widespread and efficient licensing between SEP holders and those who seek to implement protected technologies.

Should agencies and courts adopt this stance, it could render judicial remedies for IP infringement ineffectual and discourage firms from concluding licensing agreements in the first place, the authors warn. The expected consequence would be reduced innovation, due both to higher contract-enforcement costs and lower returns to groundbreaking innovations.

“It is simply not helpful for a regulatory body to impose a particular vision of licensing negotiations if the goal is more innovation and greater ultimate returns to consumers,” the authors write. “Instead, where possible, policy should prefer allowing parties to negotiate at arm’s length and to resolve disputes through courts. In addition to maintaining the sometimes-necessary remedy of injunctive relief against bad-faith implementers, this approach allows courts to explore when injunctive relief is appropriate on a case-by-case basis.”