Skip to the content
Bruce Kobayashi on Copyrighting Law and Deregulation 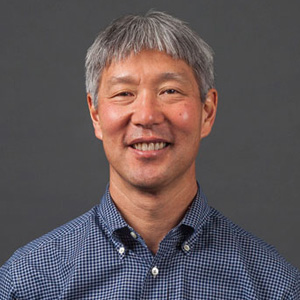 This view is based upon the assumption that the best way to achieve the goal of deregulating all the lawyers is to create incentives for entrepreneurs to produce new and innovative legal information products.  As noted in my earlier post, innovation and entry by entrepreneurs into the legal information market can be a powerful force that weakens of the economic and political power of those whose interests are aligned with maintaining the current regulatory regime.  One result of this process is that deregulation becomes more likely.   This dynamic is why I love Virginia wine, even though I never drink it.

Perhaps the best example of legal exceptionalism is the legal treatment of the privately produced model building codes in Veeck v. SBCCI, 293 F.3d 791 (5th Cir. 2002, en banc).  In this case, Veeck posted SBCCI’s copyrighted model building codes on a website in violation of a license agreement that prohibited copying or distributing the work. The court held that the copyrighted code text entered the public domain when adopted as law by several local jurisdictions.  Through SBCCI retained copyrights to its model codes, they could not enforce them against Veeck, who identified the posted SBCCI model codes as the building codes of two municipalities.

Current copyright law precludes copyright protection for any work “prepared by an officer or employee of the United States Government as part of that person’s official duties”.  Under this definition, court opinions written by federal judges, congressional bills and statutes, and federal regulations are ineligible for copyright protection.  Courts have applied similar rules to state legal materials, including state judicial opinions, statutes, and regulations.   These rules assume that the use costs of intellectual property protection outweigh gains from improved private incentives to produce model laws.   Copyright law does not explicitly preclude copyright for model codes and other privately produced laws.  However, the court’s holding, by elevating due process concerns with public access to the law over providing economic incentives to produce model codes, effectively extends this prohibition to privately produced model codes and laws that have been adopted as law.

Protecting due process concerns does not require precluding copyright protection for privately produced works adopted as law.  Broad fair use privileges for those bound by the laws or codes could address these concerns while simultaneously protecting model codes from appropriation by competing commercial interests and other jurisdictions.   Restrictive licenses can also serve to appropriately balance the use-creation tradeoff by clarifying parties’ expectations regarding permitted uses and pricing of the copyrighted model law.   As part of these licenses, jurisdictions that adopt privately produced and copyrighted model codes could alleviate due process concerns by authorizing use by citizens bound by the law while preventing reproduction for other purposes.  Courts could require similar licenses to be granted by those wishing to file briefs and other potentially copyrightable documents.

The court’s holding in Veeck unnecessarily limits the ability to use these mechanisms by effectively eliminating copyright protection rather than retaining the protection and using the mechanisms discussed above that would permit limited public use and mitigate any due process concerns.  In doing so, the courts holding, along with other similar forms of legal exceptionalism unnecessarily weakens incentives for legal innovation and can result in less pressure to deregulate all the lawyers.